The Moore Charitable Foundation is dedicated to the protection of sharks and the maintenance of a healthy shark population around the globe. Sharks serve an integral role in marine ecosystems and impact local economies. Whether off the coasts or in international waters, sharks help maintain the balance of species in the ocean.

Unfortunately, overfishing has jeopardized the existence of many shark species, leaving some vulnerable to the threat of extinction. Approximately 70 million sharks are killed each year for recreation and to feed the appetite for shark fin soup in Asia and elsewhere. As a result, shark reproduction cannot keep up. We must recognize that if sharks disappear from our waters, so could the local jobs that depend on healthy ocean ecosystems to thrive. We actively support Oceana’s campaign to ban the trade of shark fins in the United States.

Studies show that the fishing of sharks is not nearly as profitable as maintaining them in their natural environments. According to an independent economic report commissioned by Oceana in 2016, the total economic impact in Florida alone for shark encounters, such as dives or observation in shark tanks and zoos, was more than $377 million. In contrast, the entire U.S. shark fin export market in 2016 was just $1.03 million. As long as sharks remain swimming in our waters, divers and their dollars will continue to support local and global economies.

Sharks have inhabited our oceans for 400 million years as an apex predator, but today their existence is being threatened. The Moore Charitable Foundation’s goal is to learn from these marine animals and to reverse their population decline.

Research Efforts
The Moore Charitable Foundation and founder Louis Bacon support the health of shark populations through research, education, advocacy, legal action, and best-practice management of marine areas. Here are a few examples of our research and education work. 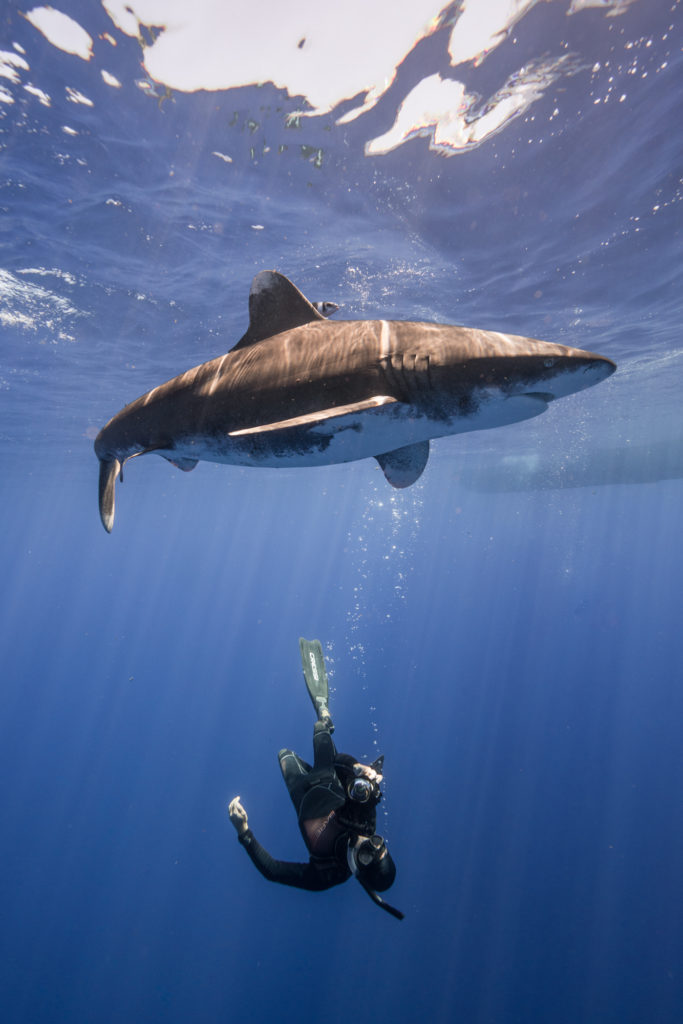 Efforts in the Bahamas
In 2011, in response to the severe decline of the once globally prevalent Oceanic Whitetip, The Moore Bahamas Foundation partnered with the Cape Eleuthera Institute Shark Research and Conservation Program and Microwave Telemetry to conduct tagging and research. This conservation effort has grown into an annual, multi-institutional research expedition with partners that have included Stony Brook University School of Marine and Atmospheric Sciences (SoMAS), the University of North Florida, Florida International University, Global FinPrint, the Anderson Cabot Center, photographer-videographer Andy Mann, and Google Expeditions. Findings have helped to build a robust body of knowledge regarding movement and migration, ecology, reproductive biology, DNA and genetic structure, and the effects of capture and handling.

In 2016, The Moore Bahamas Foundation partnered with the Bahamas Reef Environment Educational Foundation (B.R.E.E.F.) to educate schoolchildren in the Bahamas about the declining shark population, demonstrating how sharks are an essential part of our oceans.

In 2017, with data generated in part thanks to a Moore Bahamas Foundation grant, researchers discovered a new species of hammerhead shark, a finding that contributes to enhanced protection measures. Subsequent tagging is helping scientists learn more about this new species.

In 2018, to amplify the educational component of the initiative, the research team collaborated with Google Expeditions to use virtual reality technology to bring the thrill of the Oceanic Whitetip expedition to students in the Bahamas and beyond.​ 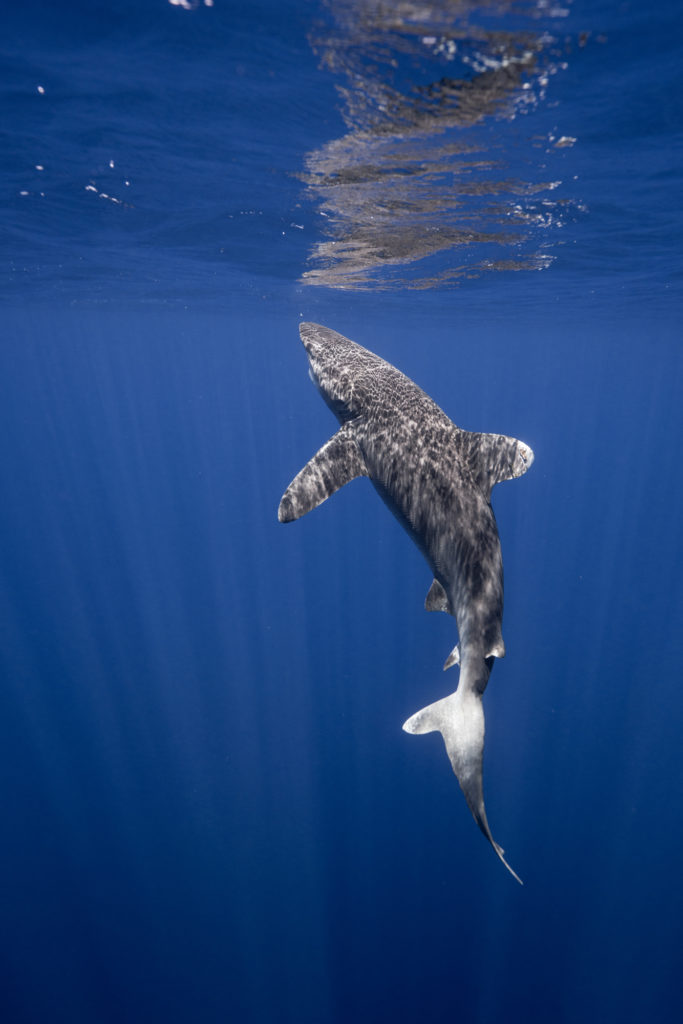